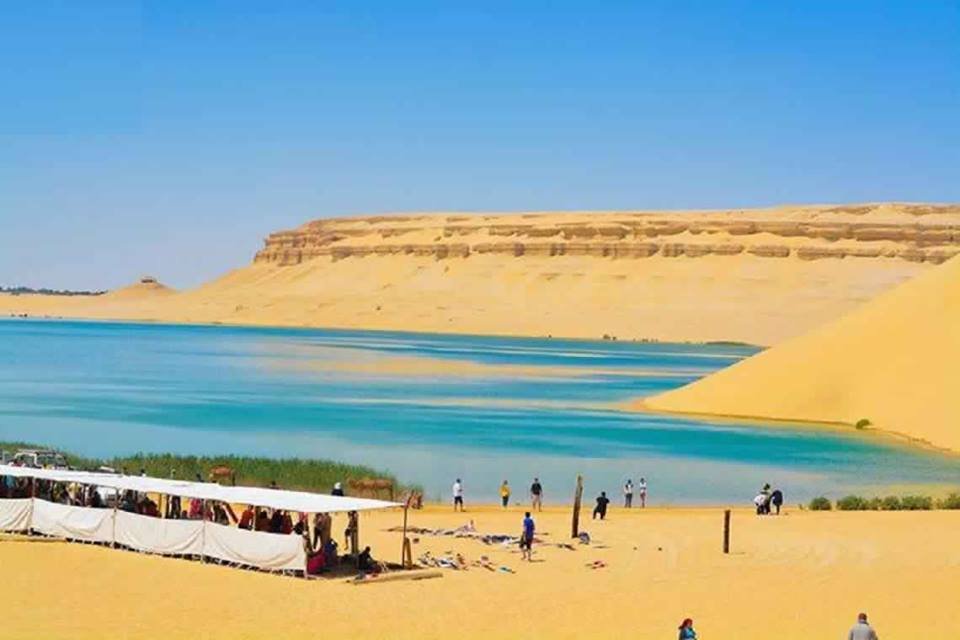 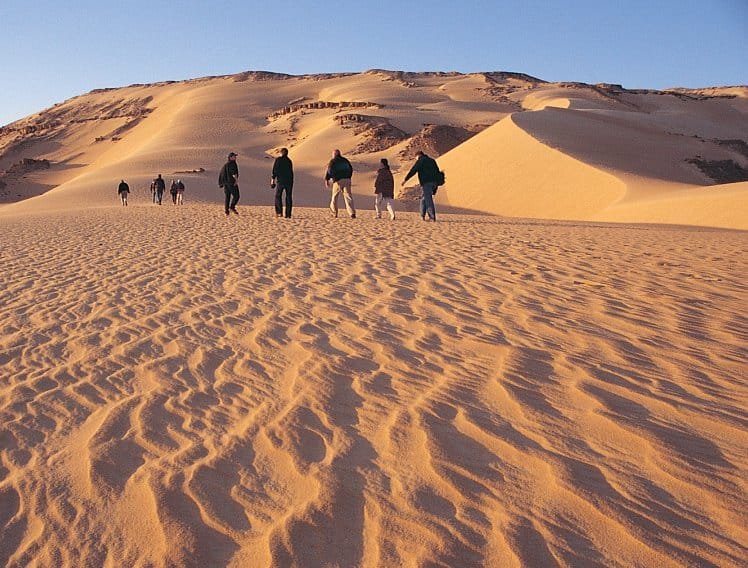 Fayoum is a very distinguished small oasis, one of the western desert oasis, Village-like oasis, which has a lot of ancient history since millions of years back in history when there was an ocean in the western desert of Egypt where desert is now, passing by ancient Egyptian different kingdoms, the Greek & Roman empire that left us some fancy remnants of small cities in Fayoum and ones of the best portraits known as “the faces of Fayoum” dates back to the first and the second centuries. Modern Egypt has given very nice spots in Fayoum, Tunis village is a man-made village to spread the art of making pottery, a yearly carnival celebrated by the inhabitants of the village named Tunis.

The Valley of the whales is one of the other well-known heritage of the oasis of Fayoum where 2 skeletons of two ancient whales.

The waterfalls of wady el rayan; the only remained water fall in Egypt resulted because of two different levels of lakes in the depression of Fayoum. It is a place where you can see two big waterfalls and some other smaller ones, very nice spots for pictures too.

Modern city of Fayoum has got the very famous water wheels around the fields in the main city of Fayoum, and it has got a university too, it is famous for its dates, olives, olive oil and chicken too, they eat Koshari stuffed in bread and that’s the only place in Egypt where they do so. They are good looking people fair complexion, rounded faces look like the ancient portraits of Fayoum.

On this tour we can enjoy a safari tour too by modern jeep cars 4 by 4 to explore the desert of fayoum, some of the lakes in Fayoum like the magic lake that changes its color thats why it is named like that. you will also enjoy sand boarding on the sand dunes and the safari adventure too, the the end you willenjoy a beduin lunch cooked for you too.

Enjoy a Fayoum oasis trip from Cairo by an air conditioned van.

A full day to Fayoum oasis to enjoy the ancient skeletons of the whales of wadi Hitan, the old waterfalls of Wadi el Rayan and a desert safari tour.

Wi-Fi facility on board.

additional fee of 20$ if the transfer will be from (October city/Nasr city/Heliopolis/New Cairo hotels).

Our guide will pick you up from your hotel to enjoy Fayoum oasis tour. (approx. 95km)
We start our tour to Wadi Hitan Protected Area (the Valley of the Whales), about 90 km from Fayoum. It is located in the Protected Area of Wadi El Rayan.
Where they found a 40 million year –old whale skeletons . then visit Mudawara Mountain. and Wadi Al Ryan Water Falls. Wadi El Rayan is a natural depression located in the western desert, Wadi Rayan consists of two lakes connected by Egypt’s only waterfalls of drainage water from the farmlands in Fayoum. then enjoy a desert safari tour, beduin lunch will be served. Then transferred back to Cairo.