there is a very common idea about the big pyramids in Egypt that they were built as tombs, but that s not yet proved for many reasons that we will talk about:

first of all the pyramids were built by royalties during the old kingdom period, and some of the kings built four pyramids of himself and we never found any mummy in any of them so why did he build four of them??

-all the pyramids are aligned to different star constellations so they wanted to copy the stars on Egypt land, so they must have some kind of relationship, as it was not only Giza pyramids but all the ancient sites were.

-in all the pyramids we most of the time found small tiny corridors leading to the main chambers we call wrongly the “burial chamber”, that happened repeatedly in Giza, Dahshour, and all the other big pyramids, so why the made it so small leading to a bigger gap?? no idea, especially when sometimes the corridor is smaller than the size of the sarcophagus itself…

-most of the time they used very big blocks for building the pyramids, despite the fact the smaller blocks would do it, and all the pyramids out of limestone and coffins and inside the main chamber the blocks of the walls are outof granit or bazalt which have a lot of crystal molecules??

-Giza pyramids were designed in a way to face Nile, and to receive the water of the Nile into those very small shafts and corridor, to be fluctuate into a specific room underground to act as a pump, and 2 coper handles were found in that room affected by some chemical substances and process!!

-in the Great pyramid of Cheops they found an underground room to be acting as a pump not well polished but the ceiling, and the main chamber of the pyramid is free standing and moved 1 to 2 inches from its original place, and had no connecting blocks to the other surrounding blocks of the construction of the pyramid…

-that underground room of the great pyramid was covered with a layer of some salt along with some chemical substances that could be one of the proves that there was something else happing inside the pyramid.

-the grand gallery of the great pyramids was probably mainly designed this way to receive the frequency reflected after that chemical process in that underground room, then reflect it to the kings chamber then to the outside, or maybe through the electrum cap of the pyramid.

this theory of having electricity generator could be one of the theories could have implemented in the great pyramid of Cheops….and we still do not know why the pyramids were built?

to enjoy thinking about those different theories of why the pyramids were built you can join our tours on https://ankhtours.com/trip/full-day-pyramid-tour/

or even on this https://ankhtours.com/trip/pyramids-saqqara-and-dahshur/

waiting for your comments on such interesting subject of why the pyramids were built?

Where to stay in Egypt ? 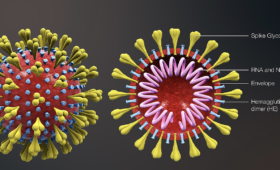