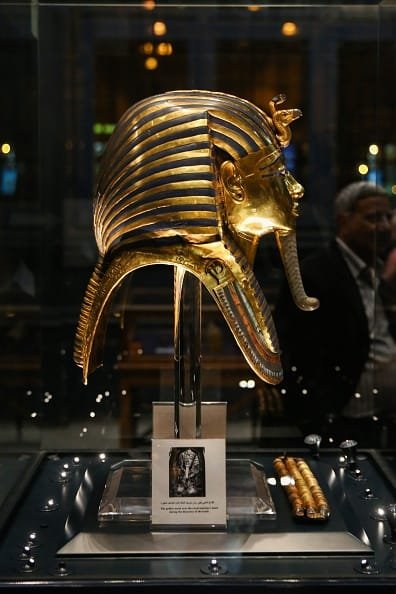 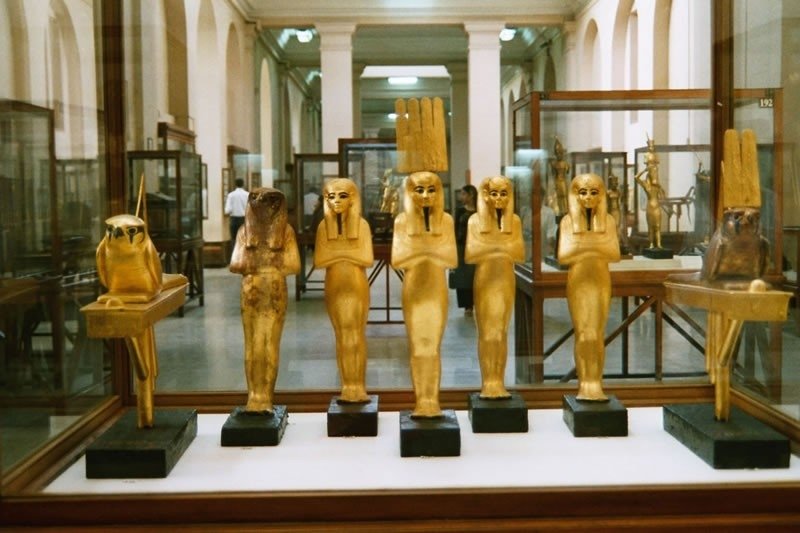 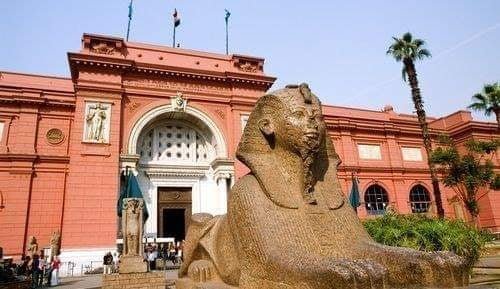 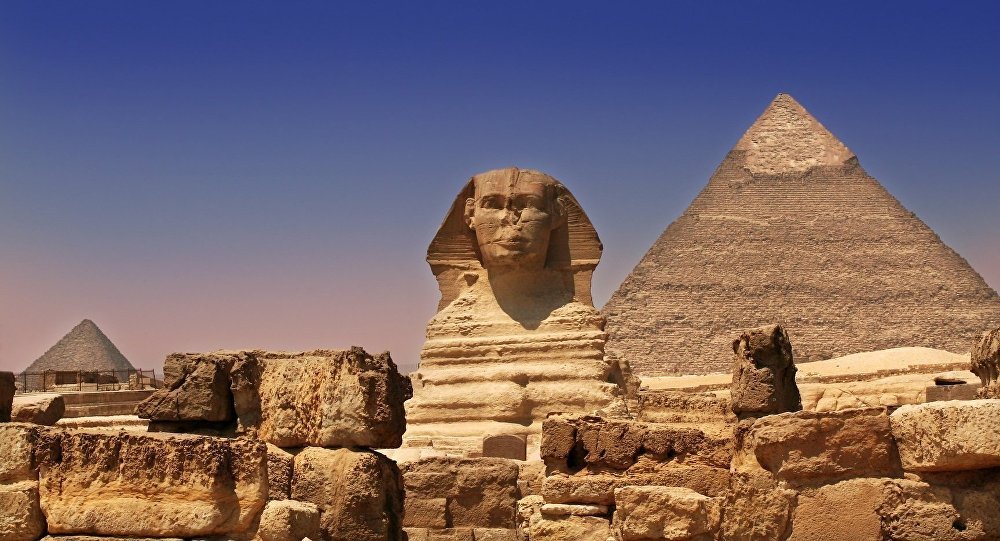 A tour to Giza Pyramids & Egyptian museum to take you beyond the beyond,
the great Pyramids of Giza; Cheops; known as the Great Pyramid which has been always one of the seven wonders of the ancient world, related to the start constellation, his son’s pyramid Chephren, the middle pyramid of the three big ones which has got the most complicated temple of the valley’s construction, and the smallest of them the grandson’s Mykrinus, the dreamer who wanted to cover all his pyramid with gold. The great sphinx, the mysterious statue that believed to date back to almost 12000 B.C.

Giza Pyramids & Egyptian Museum
proceed to wander around the biggest ancient collective sights of various ancient periods at the Egyptian museum in the heart of Cairo , Tahrir square the place where actual Egyptians gather close to the biggest gathering of their ancestors, to enjoy a fascinating tour among  the amazing artifacts of the ancient Egyptian pharaohs of ancient Egypt starting from the Old Kingdom, the Middle kingdom, the New kingdom, The Greek period, the roman, some Coptic and Islamic master pieces, The actual museum is being scattered into some other museums such as the civilization museum, and the Grand Egyptian museum, inaugurated very soon in big ceremonies.

All the Pyramids of Giza are built according to the star constellation of the belt of the Orion, and the Sphinx represents the Leo sign of zodiac, as god (ntr) Thot mentioned as above as below, so Egypt is a copy of the stars in heaven.

A full day tour the ancient pharaohnic artifacts, start by Giza wonders of the ancient world ; Cheops, Chephren and Mycirinus & the Sphinx, then proceed to drink more of the ancient history by visiting the Egyptian museum.

&amp;lt;p&amp;gt;You will be picked and transferred with your Egyptologist and driver from the hotel, to enjoy a pyramid tour of Cheops, Chephren and Mykerinus. Then proceed to visit the Great Sphinx, which dates back to 10000 B.C.&amp;lt;/p&amp;gt;&amp;lt;p&amp;gt;Drive to the Valley Temple, which belongs to Chefren. Then have a typical local food at local restaurant and drive to the Egyptian Museum, which houses artifacts from different Pharaonic periods. The museum has a rare collection of 5000 years of art. Over 250,000 artifacts are preserved including an exhibitions of the famous king Tutankhamen, gold and jewelry found in his tomb. Drive back to your hotel.&amp;lt;/p&amp;gt;

For ladies not bikinis or swimming suits